Armani Hanover looked as impressive as his name would suggest in the first division. Driver Newton “Yogi” Sheridan hustled the well-built gelding away from his inside post and they never looked back through an effortless 1:58.2 mile. The only mild threat came from Call Me Thefireman and Anthony Verruso, who tried to mount a first-over bid up the backside. The third quarter went in :29, and that proved to be too much for the challenger to handle as he could get no closer than a couple of lengths back of the leader. Shoemaker Hanover and John Calabrese closed hard in the stretch to nip Call Me Thefireman for the place spot. 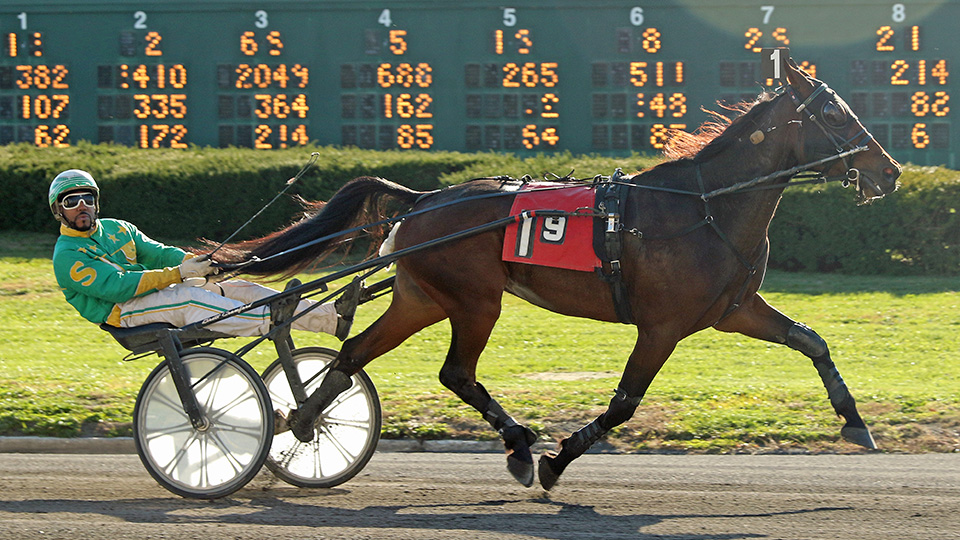 Armani Hanover and Newton “Yogi” Sheridan coasted to victory in their AHDC event.

Armani Hanover, a 4-year-old Sebastien K S gelding, is owned by First Up Racing Stable of Ohio and trained by Mike Terpolilli. Some sharp backers who saw this horse make up a lot of ground after a break last week were rewarded with a handsome win payout of $24.60.

In the second AHDC division, Masster Blue and Verruso improved off of their second-place finish last week and stormed down the passing lane for a half-length victory in the Freehold finale. Masster Blue left strong off the gate, but Southern Swan Man was also sent quickly off the car by John Calabrese and took the lead approaching the quarter pole. The two trotters sat one-two and were unopposed until the five-eighths, when My Big Kadillac (Mike Polansky) rushed first-up. With CHF Merodona (James Slendorn) following that cover closely, it was a tightly-bunched pack turning for home. As he did last week, Verruso sent Masster Blue down into the passing lane at the top of the stretch, and he stormed past the leader to win in 2:00:3. Souther Swan Man held on for second with My Big Kadillac rounding out the top three. 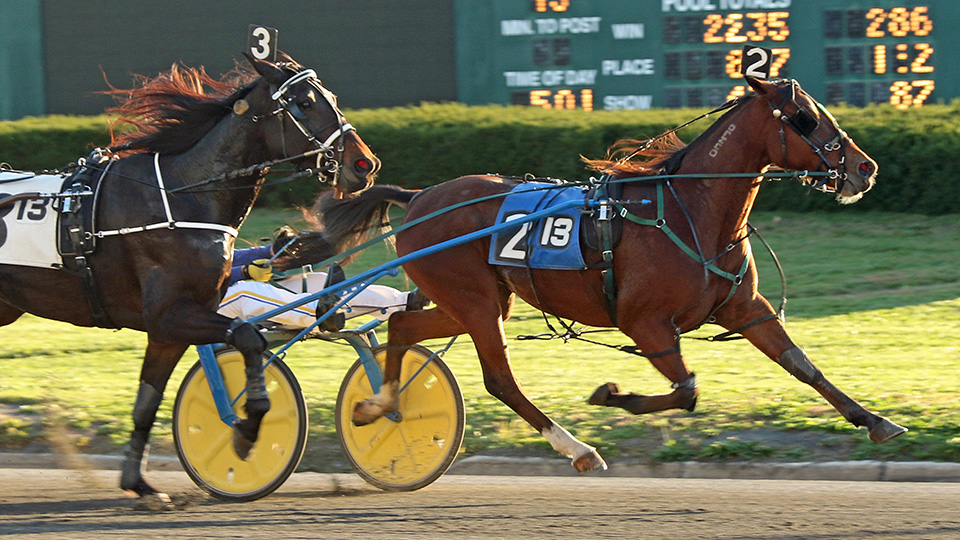 The AHDC will be back at it next Saturday (Nov. 5) at Freehold Raceway.