“We called trainer Ron Burke today and he accepted our invitation,” said Frasure. “It is an honor to have such an accomplished mare competing at Yonkers Raceway as she winds down what has been a Hall of Fame career.”

Atlanta has earned $3,352,219 during her career while putting together a résumé that includes 36 wins and 19 second-place finishes in 74 starts. Most recently, she won the Miss Versatility final at the Delaware County Fairgrounds to pick up the first win of her career on a half-mile track, something the 7-year-old hopes to build on in the International Trot. 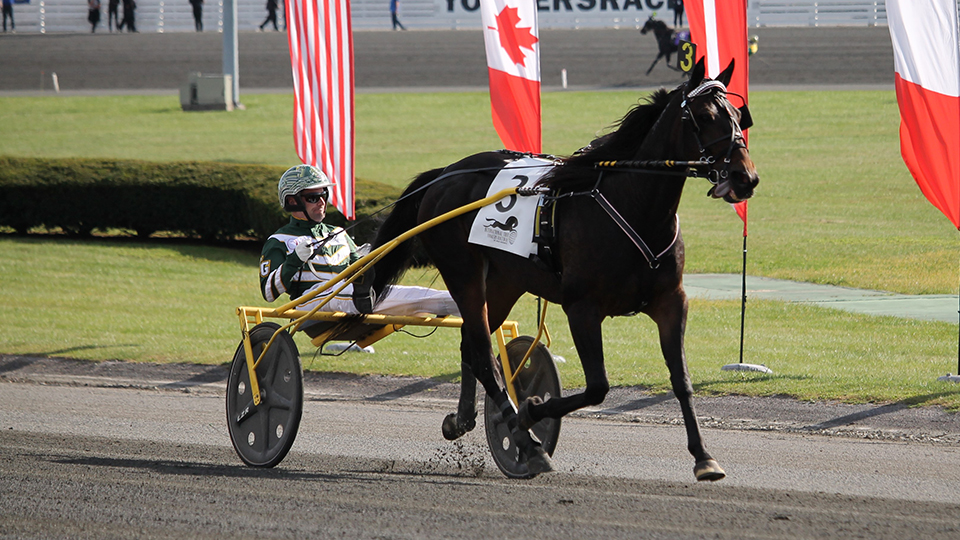 The connections of Atlanta, pictured above before her appearance in the 2019 Yonkers International Trot, have accepted an invitation to participate in this year’s renewal of the $1 million event. Derick Giwner photo.

“It will be a good opportunity for her,” said trainer Ron Burke, who handles the horse for owners Crawford Farms Racing, Brad Grant and Howard Taylor. “This being one of her last few starts, I can be more aggressive to get her on her tippy toes for the race. I was really thrilled with how she got around Delaware because we’ve never really raced her on a half before.”

Atlanta finished seventh in the 2019 International Trot at Yonkers, and Burke feels like he’s learned a lot about her since that race.

“I didn’t realize how much the detention barn would bother her and how dehydrated she would get. Now I know how to fully hydrate her going in. It’s been two years since then, and I have figured her out even more,” said Burke. “I believe in her and [driver] Yannick [Gingras]. At her best, she can go with anyone, and I just have to have her at her best that day.”

Atlanta (United States) joins Ecurie D (Denmark) and Etonnant (France) as starters in the International Trot, and track officials are finalizing details with a number of elite-level European competitors to make the field one of the best in the history of the event.

For more information on the International Trot or live racing at Yonkers Raceway, click here.