Wilkes-Barre, PA — Bet Eightthirtyone stormed home in the deep Pocono Pike to win the $13,000 pacing feature on Tuesday afternoon (Aug. 2) at The Downs at Mohegan Sun Pocono in 1:55.1.

Marcus Miller got the victorious Betting Line gelding away third behind pacesetter Mister David C and favorite Stormy Beach, with second choice Letmecallyouback advancing via the first-over route and Ripplesonthebeach right on his back. As they turned for home, Stormy Beach ducked to the inside of the pacesetter, but it soon became clear that the horse with the most pace was the one right behind him, as Bet Eightthirtyone gave a sharp burst when shown inside clearance and reached the wire three-quarters of a length ahead of Ripplesonthebeach, the only other horse moving with real velocity late. 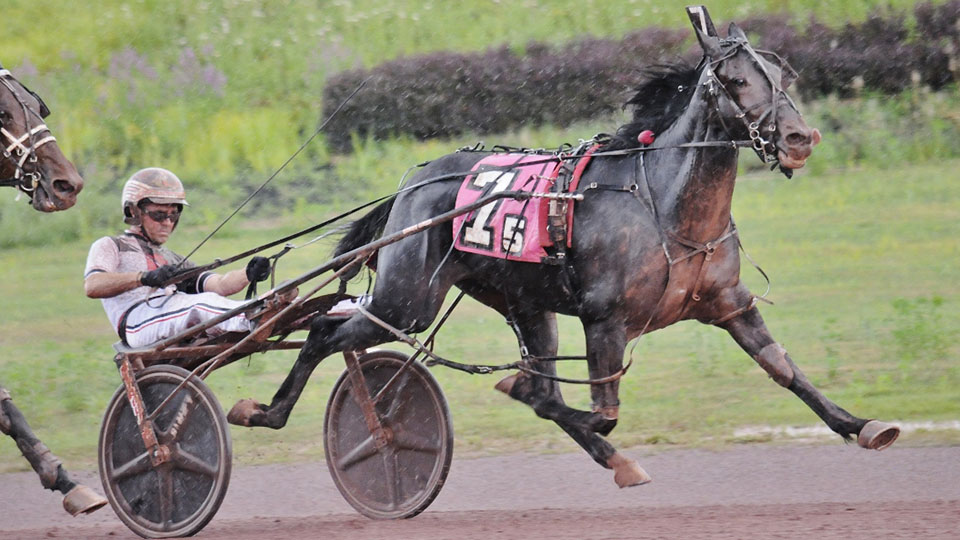 Marcus Miller’s father, Erv, trains Bet Eightthirtyone, who notched his first win of the season while missing his lifetime best by only a fifth of a second for owner D.R. Van Witzenburg.

No Drama Please accounted for the $12,500 co-featured trot, brushing to the lead in front of the stands and keeping control for a 1:55 victory. Tom Fanning trains the Trixton gelding, now a winner of $396,838, for owner Joseph Smith. For driver George Napolitano Jr., the victory was one of four on the day.

Racing resumes at Pocono on Saturday (Aug. 6) at 1:30 p.m., with the usual assortment of fast-class pacing veterans and hard-knocking claimers. Fans attending the Downs will also be able to wager on and watch the prestigious Hambletonian Day card from the Meadowlands.

Sunday’s (Aug. 7) 5 p.m. program features the third preliminary round of the Pennsylvania Sire Stakes and Pennsylvania Stallion Series events for 2-year-old pacing males. Pocono program pages will be available on the PHHA website.