Washington, PA — Drive To Deliver zipped to the lead from post four and held off the late challenge of Express Man to win his second straight in Thursday’s (June 30) Pop Up Series at Hollywood Casino at The Meadows. Austral Hanover took the other $8,000 second-leg division in the series for 2-year-old trotting colts and geldings.

Brady Brown worked out a comfortable 1:00.4 front half for Drive To Deliver, but the Fordham Road-Diamond Creek gelding still had to deal with Express Man, who mounted his challenge in the Lightning Lane. Drive To Deliver prevailed by a neck in 1:58.4, with Fashion Presidente third. Roger Hammer owns, trains and bred Drive To Deliver. 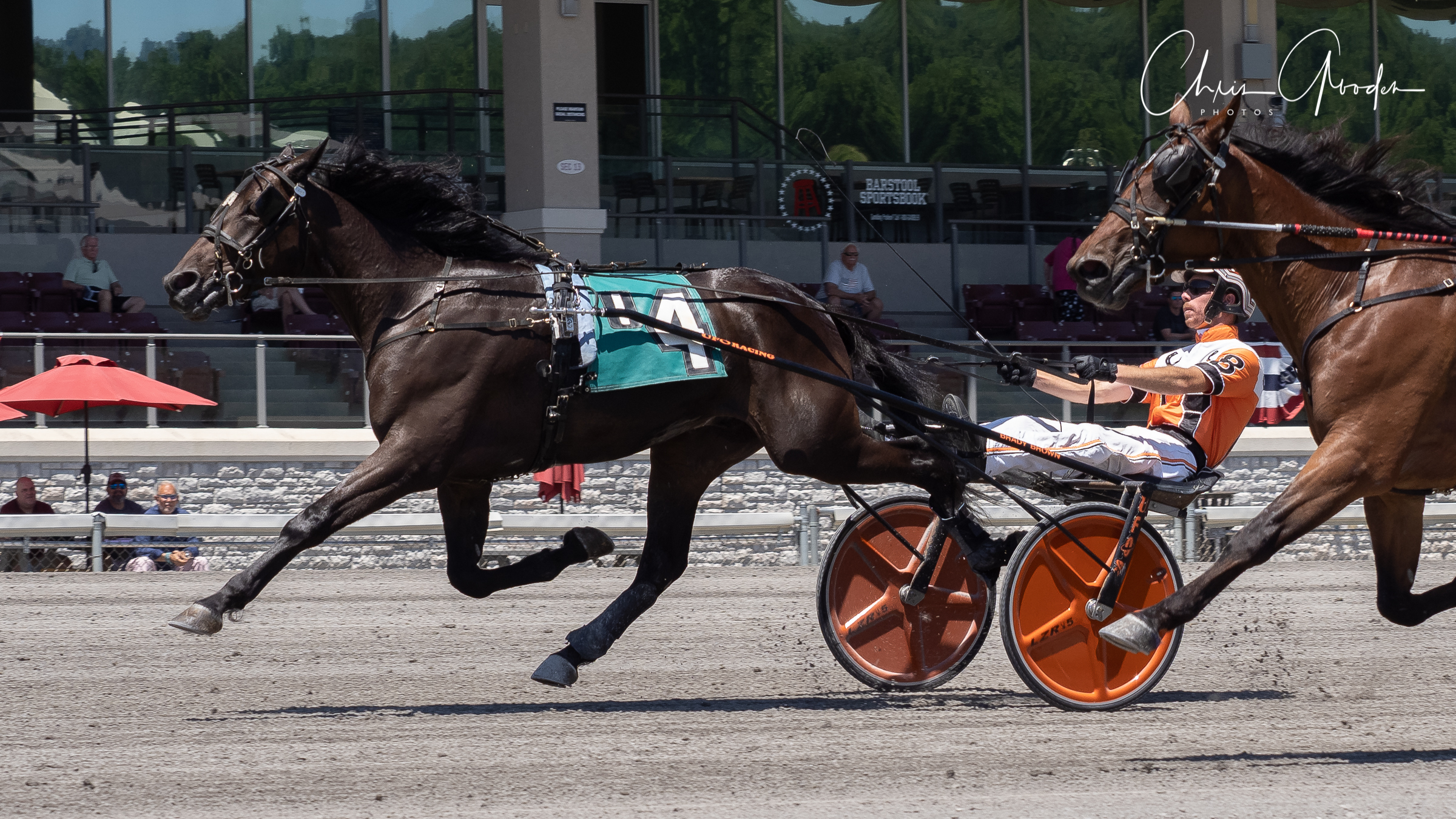 Drive To Deliver rose to late pressure from Express Man to win in Thursday’s Pop Up Series action for rookie trotters at The Meadows. Chris Gooden photo.

Austral Hanover followed live cover down the backside before peeling off through the final turn in the other division. He responded nicely to Anthony MacDonald’s urging and defeated Battin Athousand by three lengths in 1:58.1. Clydeweiser completed the ticket. Tim Twaddle conditions Austral Hanover, an International Moni-Aspidistra Hanover gelding, for Thestable Austral Hanover.