Wilkes-Barre, PA — The three favorites in the $25,000 fast-class distaff pace on the Sunday (Aug. 28) twilight card at The Downs at Mohegan Sun Pocono were all sent off at odds of 9-5, with a differential of $48 in the win pool covering all three. But the “long shot” of the three, Fire Start Hanover, took the victory in 1:51.1.

Drama Act went away quickly to the front in a :26.2 opener, but then yielded to both favored Majorca N and Fire Start Hanover on the way to a :55.1 half. The other 9-5 choice, Easy To Please, made a sustained first-over bid through and past the 1:23.3 three-quarters, but in the end, Fire Start Hanover proved too much, with pocket sitter Majorca N a length behind at the wire and Easy To Please another length farther back. 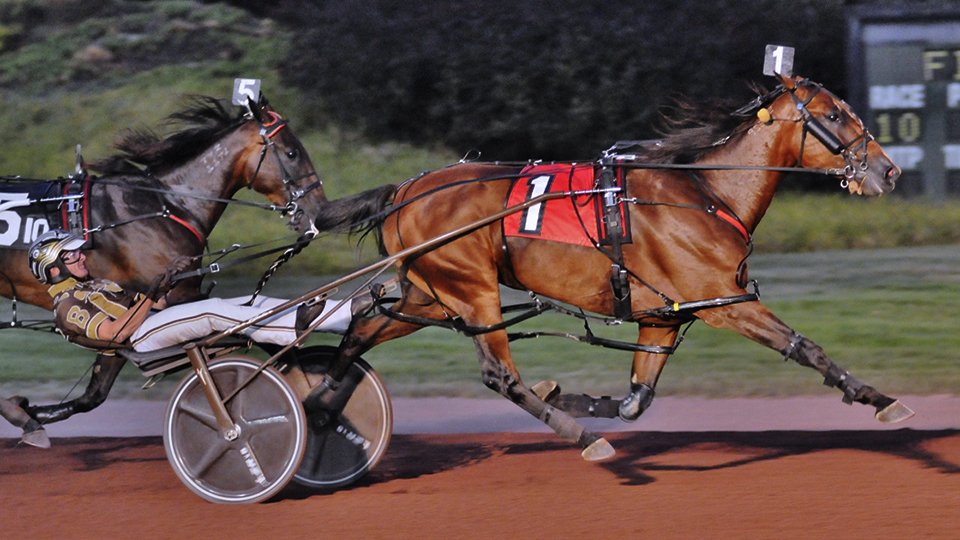 Richard “Nifty” Norman trains the $1,234,865-winning daughter of Somebeachsomewhere, and Tyler Buter drove her for the partnership of Pinske Stables, David Hoese and Lawrence Means.

Tony Beltrami won the $15,000 Summer Series Trotting Final for American Harness Drivers Club amateur horsemen, guiding Innisfallen to victory in 1:55.3. Beltrami sent the gelded son of Explosive Matter to a three-quarter-pole lead of 10 lengths, then saw favored Silvermass Volo steadily eat into that margin. But in the end, Beltrami and Innisfallen remained two lengths clear for the partnership of Paul Fusco and Bramdeo Singh.

Beltrami also drove the winner of the $11,000 AHDC Consolation Trot, All Rise, a Conway Hall gelding he also owns, to a 1:57.2 score. Beltrami had the Edwin Quevedo trainee on the lead nearing three-quarters with company close by, and then in the blink of an eye, a short lead became almost a double-digit lead, as the pocket and first-over horses got tangled up and scattered those behind, with All Rise and Beltrami winning by seemingly half the length of the stretch.

Pocono continues its racing week with cards at 1:30 p.m. on Monday (Aug. 29) and Tuesday (Aug. 30). Program pages for all Pocono races are or will be available on the PHHA website.