Huntanover (driven by Tyler Buter) led to the quarter in :26.2 before yielding to Shakertown (Jason Bartlett) as they headed for the stands for the first time. That lead was short-lived as The Claw brushed to the lead before the :54.1 half. River Ness (Jordan Stratton) came first-over to challenge heading for the final turn, but The Claw was first to three-quarters in 1:22.1.

As they made the turn for home, The Claw just took off and left everyone in the dust and scored easily in 1:51.1. Huntanover came up to finish second; Stretch The Line (Marcus Miller) was third. 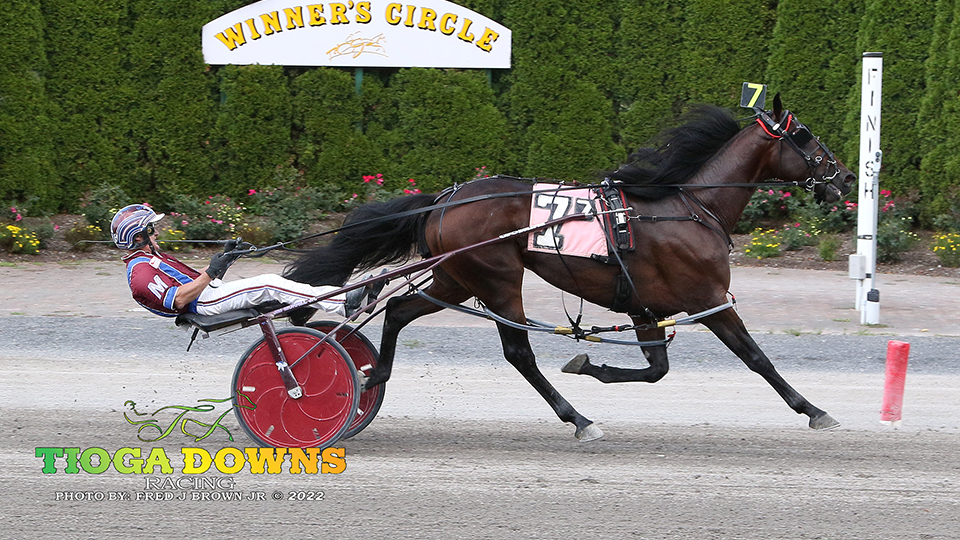 The Claw left his competition in the dust in the first Empire Breeders Classic division for New York-sired male pacers.

The Claw, a colt by Huntsville trained by Jake Leamon for owners Ken Klein, Michael Cimaglio, William Salmeri and Stephen Demeter, earned his seventh career win in the EBC. He paid $9.60 to win.

All About The Hunt and Jordan Stratton charged late to win the $120,700 second division.

JD (Mark McDonald) was first to the quarter in :25.4, and he slowed the second quarter down to :28.3 to hit the half in :54.2. Early Action (Brian Sears) went first-up from third and cleared the lead to three-quarters in 1:21.4, Bounty Hunter (Tyler Buter) came up next to challenge for the lead going around the final turn. As they reached the stretch, All About The Hunt came flying three-wide and catapulted to the front to win in 1:50. Bounty Hunter finished second as Early Action had to settle for third.

All About The Hunt is a colt by Huntsville trained by Ron Burke for owners Crawford Farms Racing and Heather Marshall. Unraced as a 2-year-old, he is now four-for-eight in his career. He paid $19.20.

Max Contract and Andy Miller captured the $122,000 first division of the EBC for 3-year-old pacing fillies.

Lee Loo (Joe Bongiorno) took the early lead, but Wickedly Innocent (Matt Kakaley) outsprinted her to reach the quarter first in :26.2. She used a :29 second quarter to pull the half back to :55.2. Max Contract made her move heading to the final turn and took over to three-quarters in 1:22. As they reached the stretch, it was all Max Contract as she cruised to the line in 1:50.1. Wickedly Innocent held on for second; Gotthegreenlight (Jason Bartlett) got third money. 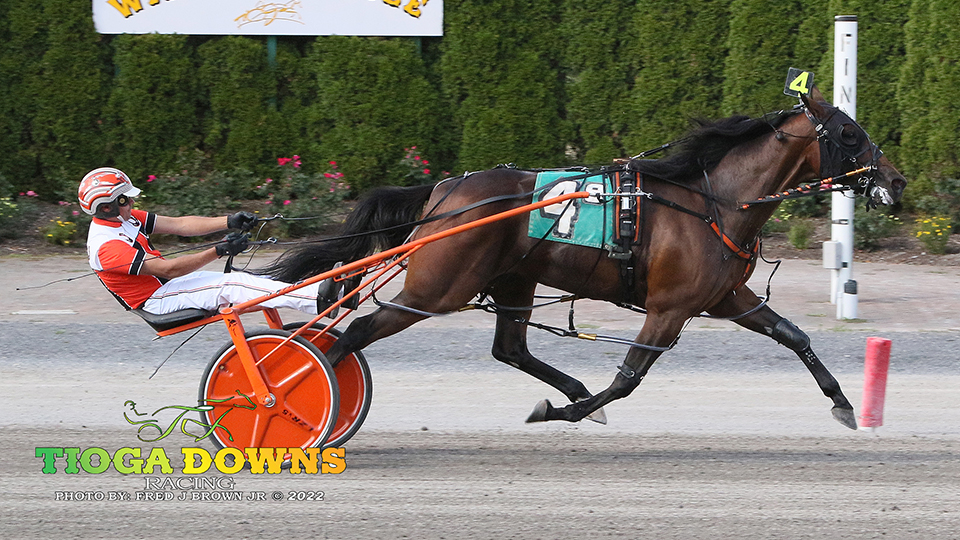 Max Contract continued her tear through the filly pacing ranks with a dominant score in her EBC division. Fred Brown photos.

Max Contract, who returned $2.70 as the odds-on favorite, is a filly by Huntsville trained by Julie Miller for owners Andy Miller Stable, Steve Heimbecker and Jean Goehlen. It was her sixth win in 2022 and the seventh of her career.

Nadina Hanover (Jason Bartlett) led to the quarter in :27.1 and was first to the half in :56.2. Kele Kele (Matt Kakaley) made a first-over move up the backstretch, but Nadina Hanover maintained the lead at three-quarters in 1:24. As they made the turn for home, Nadina Hanover started to open up, but Valar Dohaeris looked like she was shot out of a cannon as she flew by just before hitting the wire first in 1:52.2. Nadina Hanover had to settle for second. Wine N Dine Me (Brian Sears) finished third.

Valar Dohaeris is a filly by Huntsville owned by Knutsson Trotting Inc. and trained by Åke Svanstedt. She paid $4.00 to win in her fourth career victory.

Live racing returns to Tioga Downs on Monday (Aug. 29) with a 1 p.m. post time. For more information, go to www.tiogadowns.com.