Washington, PA — While horses collided to her inside, Lindys Irishcream kept to her task and triumphed in a stakes-fastest 1:57 in Tuesday’s (Sept. 27) $73,098 Keystone Classic at Hollywood Casino at The Meadows. Planter’s Punch and Old Magic captured the other splits in the stakes for freshman trotting fillies.

As Lindysirishcream vied for the lead three-wide, Jameson N Lime and Brady Brown broke stride between horses and veered inside. Southern Patricia and Jeremy Indof could not avoid them and made contact, dumping Brown to the track.

Brown landed out of harm’s way and was up immediately; he was cleared by emergency medical personnel and completed his driving assignments for the day.

For Jameson N Lime, however, the adventure was far from over. After galloping wildly for a while, she flipped over the grandstand fence and was wedged between the fence and a vendor vehicle. Once freed, she was well enough to be walked back to the paddock, where her connections pronounced her injuries superficial.

Aaron Merriman, aboard Lindys Irishcream, said he was aware of the chaos inside him, but that the daughter of Father Patrick-Gin And Lindy never missed a beat. 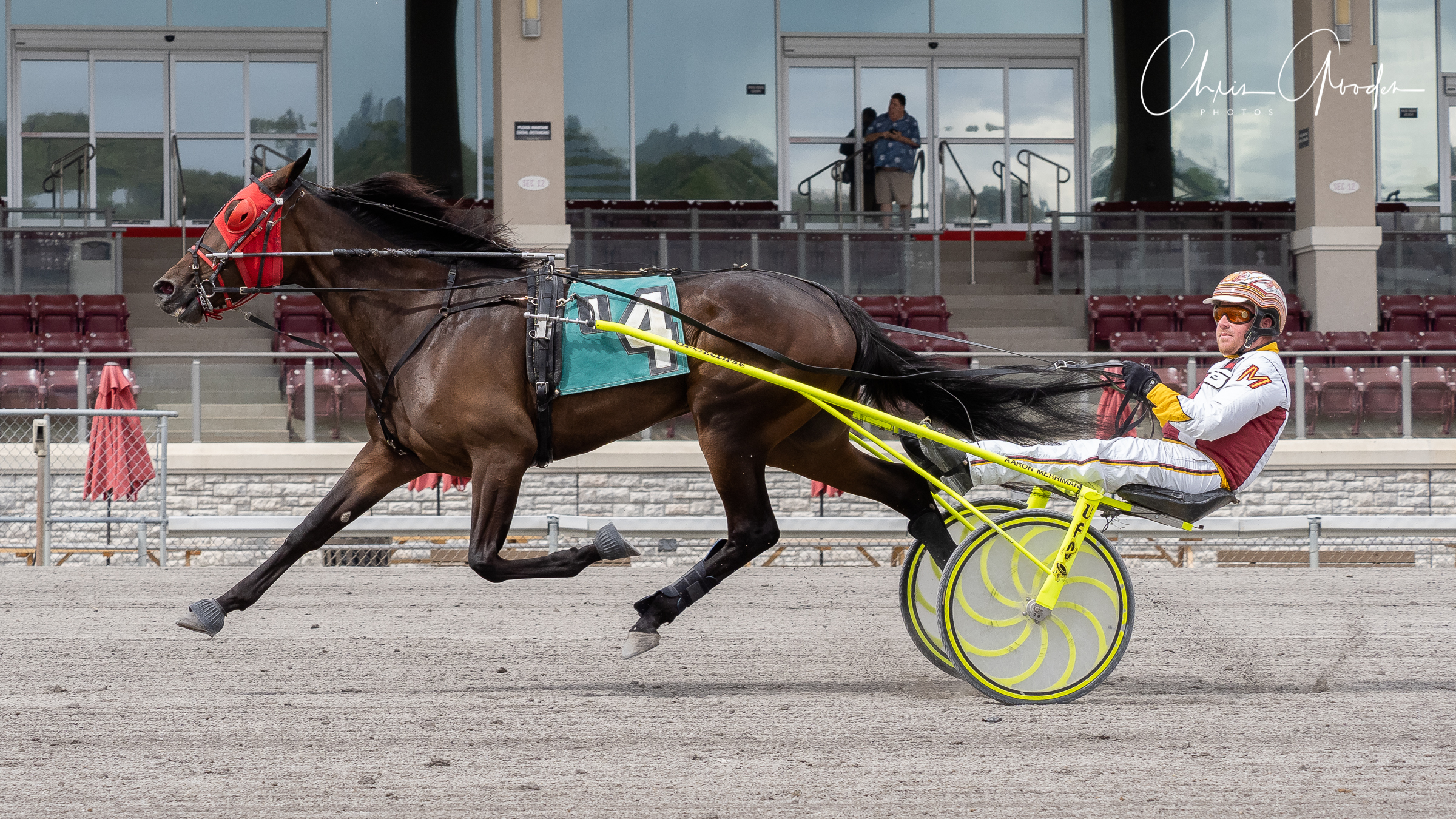 Lindys Irishcream stayed clear of inside trouble on her way to a 1:57 win in the Keystone Classic at The Meadows. Chris Gooden photo.

“I was trying to be aware of loose horses,” Merriman said. “My filly did it easy. She’s a nice, professional filly who’s matured a lot over the last few starts. It was easy for me, but I hate to see (an accident). I’d rather not even win the race when something like that happens.”

Sweet On Her finished second, beaten 10 lengths, while Keystone Sweetpea completed the ticket. Jessica Fallon trains Lindys Irishcream, who was won four of her last five races, for Tim Klemencic and Blake MacIntosh.

Planter’s Punch was along the cones when the field turned for home, apparently heading for the Lightning Lane. Instead, Todd Schadel guided the daughter of Bar Hopping-Cloud Dancer through a narrow seam between horses for a 1:59.1 victory.

“The leader went over to the Lightning Lane at the top of the stretch,” Schadel explained. “I wanted to go there but stayed until something opened up. She wanted to go through the gap before I even thought about it.”

Old Magic pulled first-over from third near the three-quarters, the first time winning driver Tom Jackson ever had asked her to move without cover. The Fred Grant trainee handled it beautifully, scoring in a career best 1:57.4. Gina’s On Fire was a length back in second, with Foolish Moni third. Old Magic has finished in the money in all 10 career starts, a streak Jackson attributes to Grant’s patience.

“That’s Fred’s management,” Jackson said. “He’s done a superb job of getting all his horses ready and never rushing them. Now, when the money’s up for grabs, he’s getting some of it.”