Wilkes-Barre, PA — Marcus Miller drove the winners of both $13,000 featured paces on Tuesday afternoon (Sept. 27) at The Downs at Mohegan Sun Pocono en route a hat trick on the day.

First up was the Captaintreacherous sophomore gelding Captain Cook, who won for the third time in his last six starts with a 1:53.1 pacesetting victory. Captain Cook strung the field out through fractions of :28.3, :57.2 and 1:24.4, then held together to turn back fellow 2-1 joint favorite Play The Ace by 1-1/4 lengths for trainer Bruce Clarke, who shares ownership with Patricia Waldeck. 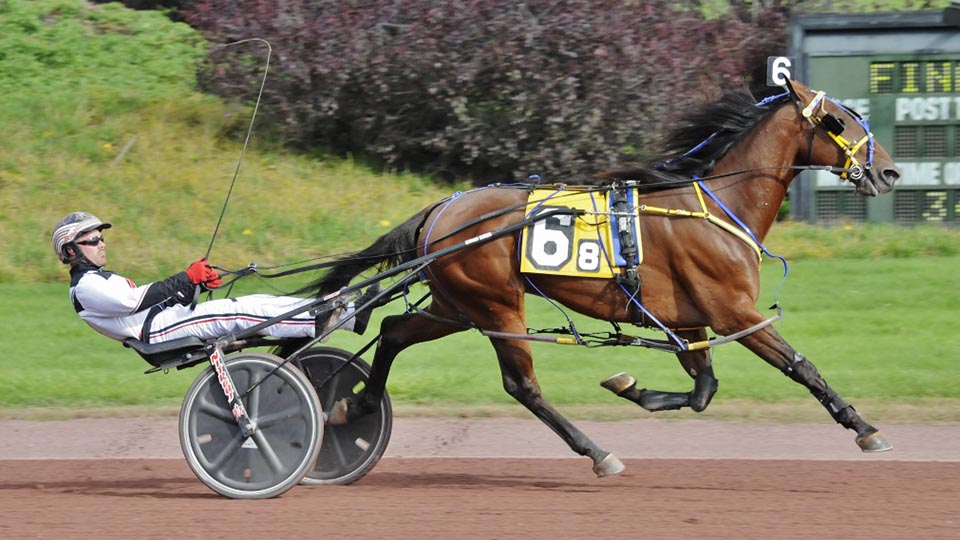 Captain Cook retained the advantage to the wire in winning a feature at Pocono on Tuesday. Curtis Salonick photo.

Miller returned in the other featured race with Bet Eighthirtyone, a 3-year-old Betting Line gelding trained by his father, Erv. The 5-2 second choice proved to be a pocket rocket, sitting in the two-hole behind 8-1 shot Greystone Watchman’s fractions of :27.3, :57.1 and 1:25. The two battled hard before Bet Eightthirtyone got home first by a half length in 1:53.4 for owner D.R. Van Witzenburg.

Pennsylvania’s own Bret Michaels, famous musician as a single act and as the frontman for the band Poison, will appear in concert at Pocono on Friday night, pushing the Saturday (Oct. 1) card at the mountain oval will begin at 3 p.m. The feature event is a $25,000 fast-class pace headed by Ruthless Hanover, coming off a 1:50 win at Hararh’s Philadelphia after settling mind-boggling fractions of :25, :51.4 and 1:19.1 when Allywag Hanover recently tied Wiggle It Jiggleit’s track record of 1:47.3 there. Program pages for all Pocono races are available via the PHHA website.