With Carls Legacy and Hespookshescores both off stride at the start, Perfect Twenty and driver Tim Tetrick had a fairly easy time clearing for the lead from post seven. The Yankee Royalty-Jetta Spring gelding strode clear of two other leavers — Kodack Black (driven by Montrell Teague) and Reddy Fox (Art Stafford Jr.) — to control a :28.2 first quarter. With just over a lap to go, Kodack Black revved up from the pocket to engage Perfect Twenty but broke stride at the bell, enabling Reddy Fox to inherit the pocket and Perfect Twenty to steal matching :29.4 middle splits.

Up the backstretch, Perfect Twenty opened a nearly three-length lead before Kodack Black worked back into second and angled off the pegs again for the stretch drive. Perfect Twenty dug in to win by a length over Kodack Black, who was disqualified and demoted to fourth after having gained ground while off stride on the first circuit. Reddy Fox, who finished third beaten 11 lengths, was elevated to second; I Got It Made (Michael Cole) was elevated to third. 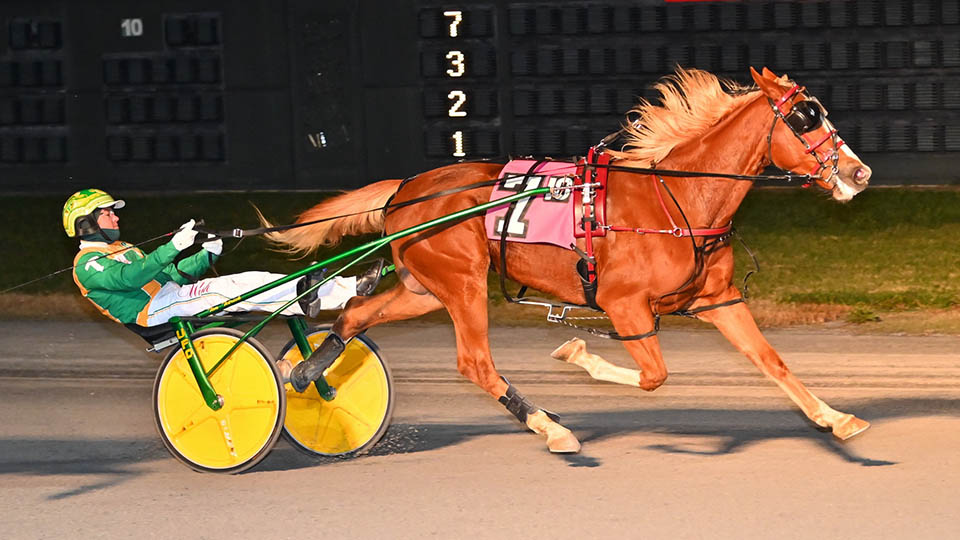 “I had to be going forward, for sure I thought it was me and Montrell’s race — his horse made a mistake but still made it a good race,” Tetrick said, indicating that Perfect Twenty lacked the turn of foot that earned him winning margins of 13-1/4 and 8-1/4 lengths in his preliminary heats. “Usually my horse will take right off, but he was still good enough to get the job done.”

Trainer Clifton Green said that the winner of six of 11 career starts and $149,375 has been promising from the outset:

“He was always a big, strong colt, and very smart. Never did anything wrong from day one.”

Perfect Twenty, who paid $3.20 to win, is owned by Robert Allison Jr. and was bred by Jason Leid.

The Marv Bachrad Memorial, the DSBF final for 2-year-old trotting fillies, saw Royal Flirt and trainer-driver Kim Vincent stalk patiently from third while 4-5 favorite Miss Daburg (Pat Berry) rated early splits of :28.4, 1:00.3 and 1:30.1. Miss Daburg’s early exertion to clear from post eight took its toll on the final turn, though, as Lady Brass (Russell Foster) made steady first-over gains through the far turn and took the lead with a sixteenth to go, only for Vincent to flip Royal Flirt three-wide around that rival and nab her on the line by a head in 2:00.4. Lilmisswontbewrong (Corey Callahan) rallied belatedly to overtake a folding Miss Daburg for third three strides before the winning post.

“This filly’s just been getting better,” said Vincent, who has long had a preference for developing young trotters. “She had some growing pains — big trotter — but she likes the big track. If you don’t have patience with a trotter, you’re not going to make it.” 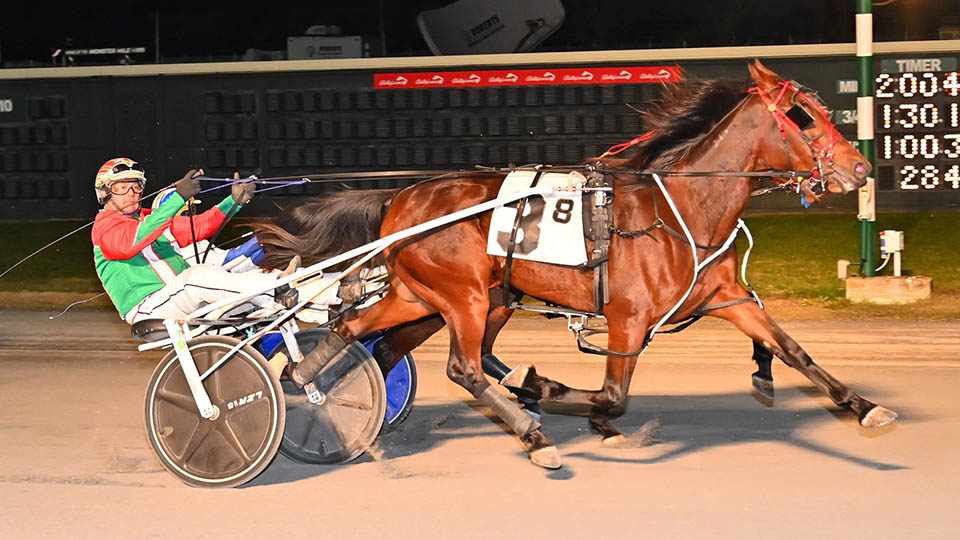 Vincent and Cavanagh also captured the $20,000 combined consolation with Royal Mistake, a Yankee Royalty-Tug River Woman gelding who angled out of the pocket approaching the far turn, took the lead from faltering pacesetter Youngbuck, and staved off a late bid from 3-5 favorite Starlight Lounge to win by a head in 2:00.1.

The last of the four DSBF finals for freshmen, the $100,000 Ramona Hubbard Memorial, for 2-year-old pacing fillies, is slated for Wednesday (Nov. 23) at Bally’s Dover. First post for the Thanksgiving Eve program, which also features the $250,000 Progress Pace, is 4:30 p.m.