Washington, PA — Phelgon pulled the pocket into the final turn and drew off late to capture Tuesday’s (Nov. 22) feature at Hollywood Casino at The Meadows, a $12,000 distaff claiming pace.

Phelgon was chasing Suge when Jim Pantaleano decided to move the 4-year-old daughter of Rockin Image-Philly’s Delight. It proved the right decision, as Phelgon put away Suge and went on to score in 1:53.4, 3-1/4 lengths better than the rallying Uptown Callie. Priceless Shadow finished third. 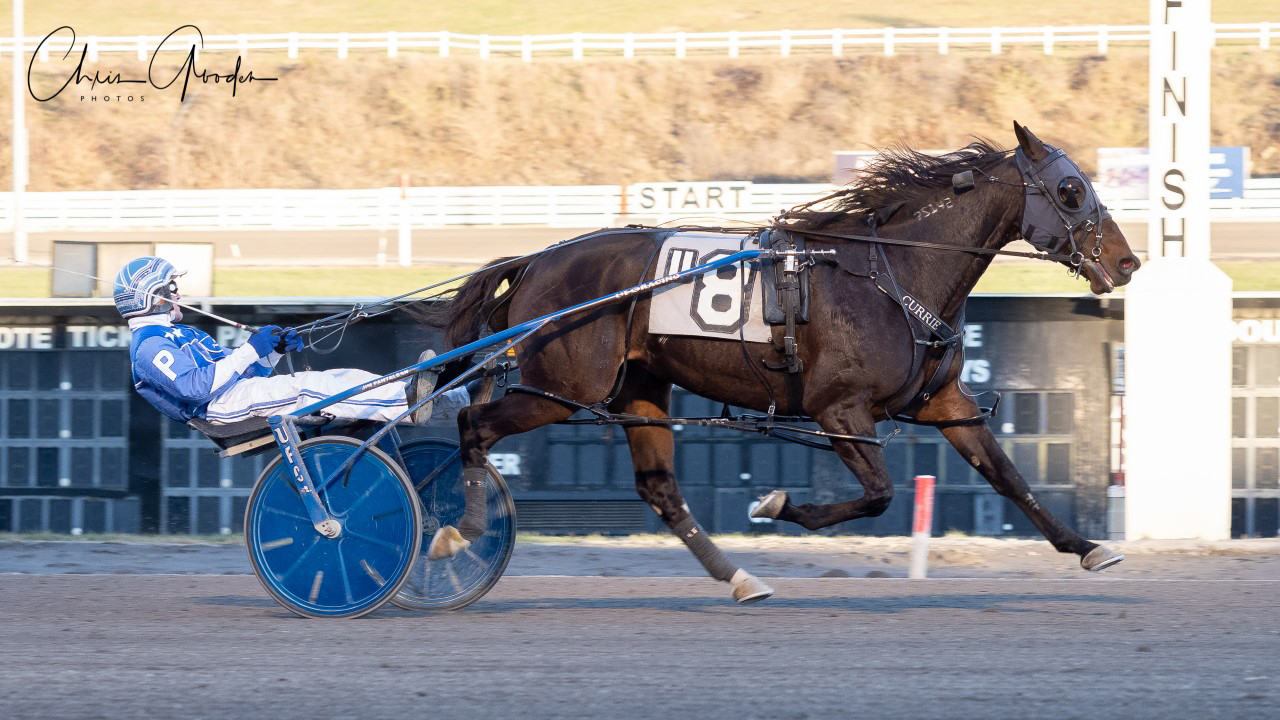 Phelgon vaulted from the pocket for a decisive win in Tuesday’s featured distaff pace at The Meadows. Chris Gooden photo.

It was the third victory in the last five starts for Phelgon, who won off the claim for owner-trainer Stacey Currie.