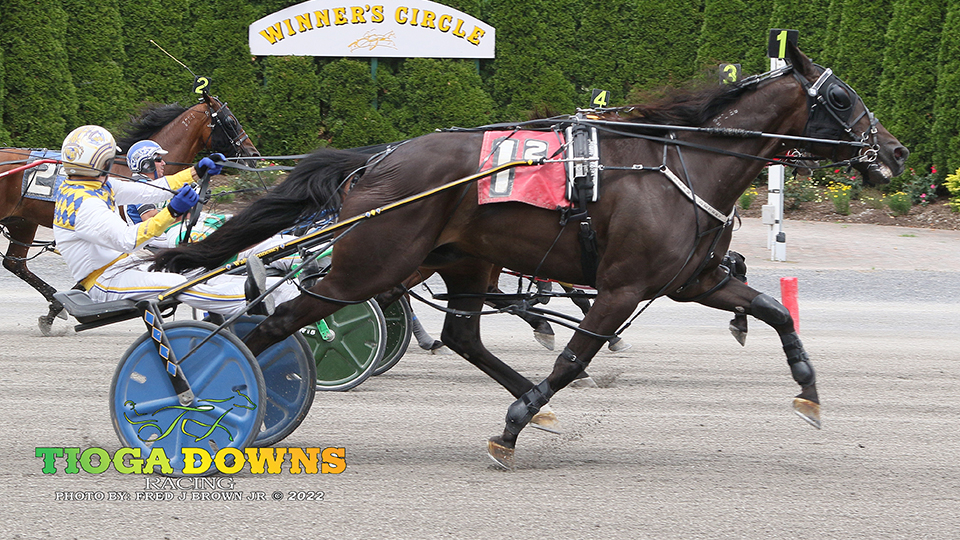 Prairie Panther is an 8-year-old gelding by Royal Millennium owned by Joel Warner and trainer Mike Deters. It was his 10th win in 2022 and the 57th of his career.

Believer (Braxten Boyd) took the early lead, but Rich And Miserable zoomed clear before the :28 quarter. After rating a :29 second-quarter breather, Rich And Miserable faced a first-over challenge from Joxter (Dan Daley) and maintained his lead to three-quarters 1:25. Turning for home, Rich And Miserable found another gear and cruised home to win in 1:53.3. Joxter held on for second. Nextroundsonme (Wally Hennessey) came up to finish third. 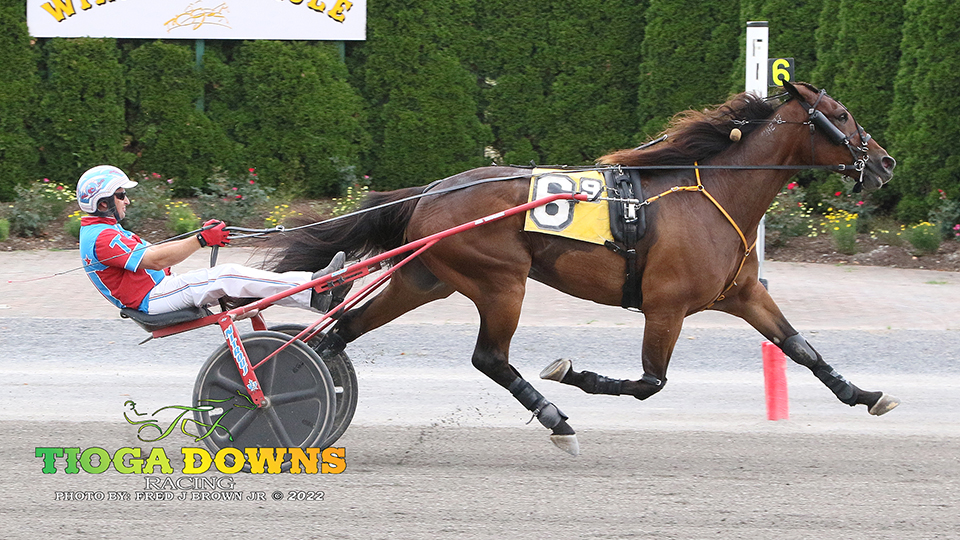 Veteran Rich And Miserable found the winner’s enclosure for the 38th time in his career with a facile 1:53.3 score in the Open Trot. Fred Brown photos.

Rich And Miserable is a 7-year-old gelding by Explosive Matter trained by Todd Buter for owners Buter Farm Inc., Lynette Buter, and William and Carol Fuhs. It was his fifth win this season and his 38th ever.