Plainville, MA — Remember Titans has been almost unbeatable at Plainridge Park in 2022. On Thursday (Aug. 18), he captured his sixth win of the year in Massachusetts in the $20,000 Open Trot to become the winningest trotter of the meet.

Leaving from post five, Remember Titans (Jay Randall) became the fractional ruler and posted splits of :27.4, :56.4 and 1:25.1 with Nows The Moment (Kevin Switzer Jr.) watching from second and Trix And Stones (Nick Graffam) in the breeze chasing during the third panel. After rounding the last bend, Nows The Moment pulled for the stretch drive and had 1-1/2 lengths to make up. Remember Titans had him in his sights, though, and would not let him get by, winning by a long neck in 1:53.4, just a fifth of a second off his lifetime mark. 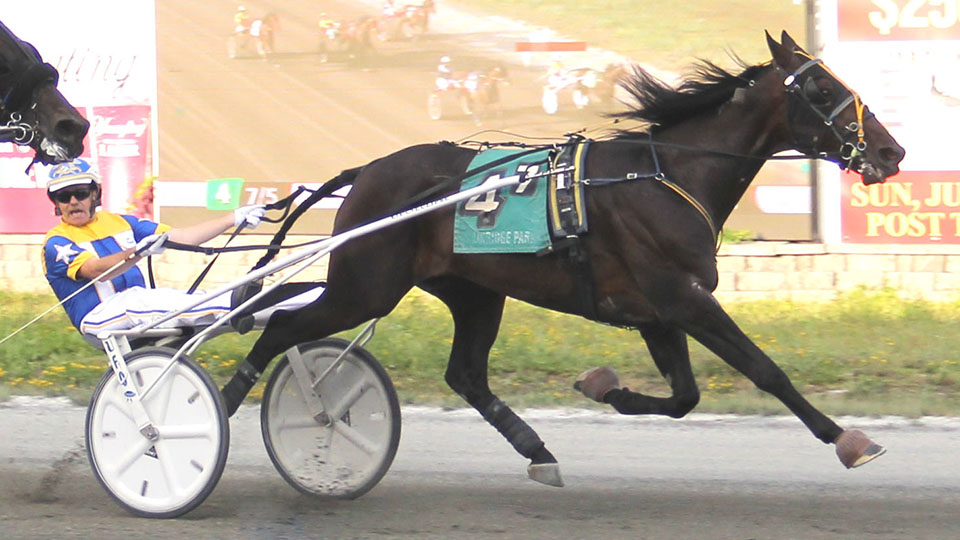 Remember Titans stood the encroaching Nows The Moment up at the goal line for a 1:53.4 win in Thursday’s Open Trot at Plainridge Park. Tom Melanson photo.

Remember Titans ($4.80) boosted his yearly income to $124,269 for his owners, Kellogg Racing Stables and Jackie Greene Stables, with his 11th win of the year. Jackie Greene trains the winner.

A pair of $15,000 conditioned trots on the undercard saw their respective winners score gate-to-wire victories in identical 1:55.2 clockings.

Live racing resumes at Plainridge Park on Friday afternoon (Aug.19) at 4 p.m. Free full past performance race programs for all live race days are available via the track’s website.