Thirteen pacing fillies were split into two $32,500 events, while all other divisions went one race for $65,000 each.

The first filly pace went to Wolverina, who led at every station for driver Nick Graffam and closed out her mile with a brisk :27.4 final panel to win by 1-1/4 lengths ahead of Believe Its Lindy (Bruce Ranger) and Shakeitoffscarlet (Kevin Switzer Jr.) in 1:53.4, a new lifetime mark by a full second.

It was the ninth straight win this year for Wolverina ($3.20), a Cheyenne Hollywood-Terri I Fra filly co-owned by William Arnold and breeder-trainer Mike Graffam.

In the second filly pace division, Dudes Sweet Bet left sharply for John MacDonald from post seven, took the lead and extended it at each station through the mile. Down the lane, the Dude’s The Man-Sweet Bettor filly stretched her advantage to 5-1/2 lengths and stopped the timer in 1:53.1, tying her lifetime best. 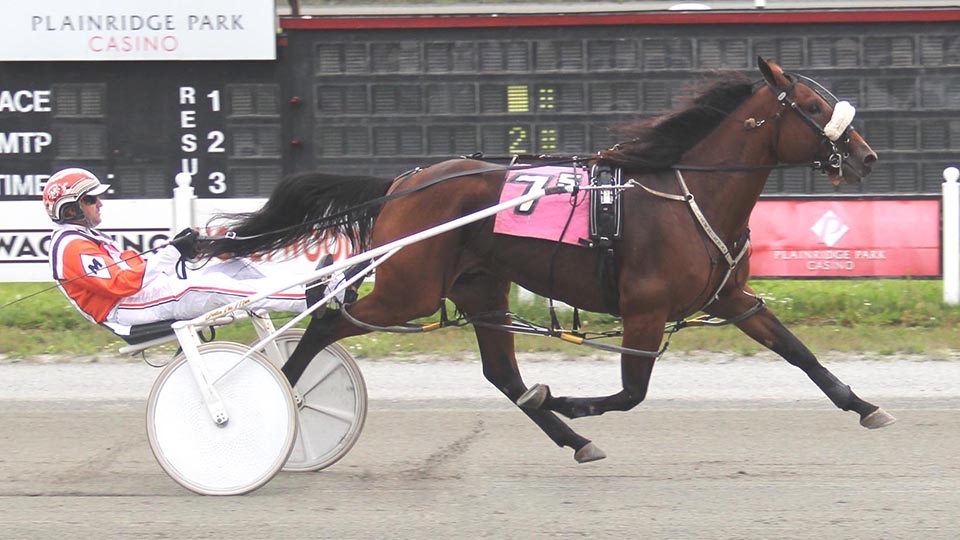 Dudes Sweet Bet lived up to odds-on billing with a 5-1/2-length win in her first-round Massachusetts Sire Stakes split.

The 3-year-old male pace had a full field of eight go postward with the red-hot Treacherous Tom finding the winner’s circle once again for driver Bruce Ranger. The son of Captaintreacherous-Kate Is Well Said took the lead, and while Use Yah Blinkah (Jim Hardy) tracked closely from second through fractions of :27.1, :56.4 and 1:24.3, he was no match for Treacherous Tom, who paced home uncontested by 5-1/2 lengths in 1:52.4. 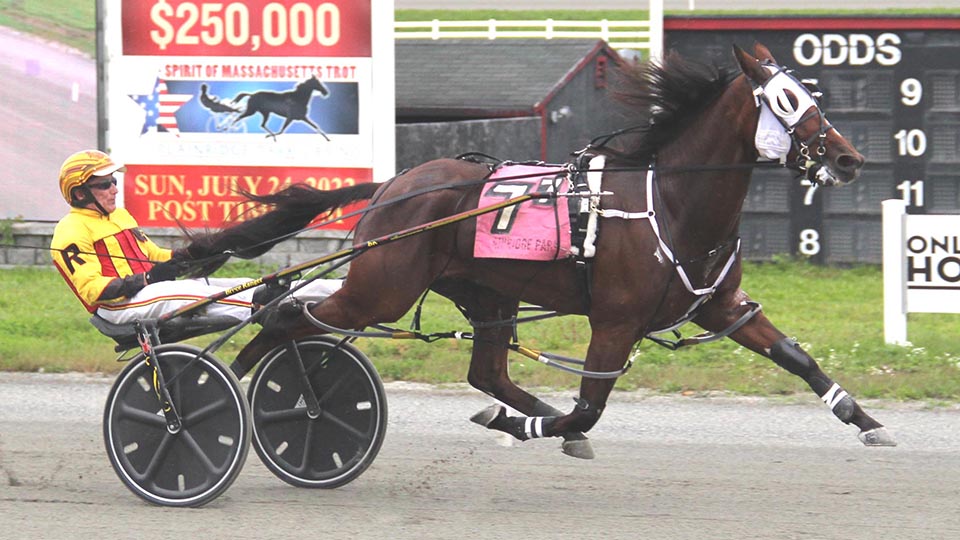 It was the seventh win in only nine starts this year for Treacherous Tom ($2.80) and owners Tom and Scott Dillon. Joe Nelson trains the razor-sharp gelding bred by Fashion Farms.

On the trot, Stamped By Lindy beat his male rivals with a good effort in a close finish. Yannick Gingras cut the mile with Stamped By Lindy with fractions of :28.4, :59.1 and 1:28.1 and took a two—length lead into the home stretch, but good late work by Strongerwithlindy (Steve Smith) put pressure on the leader late. However, despite the strong challenge, Stamped By Lindy still finished the job and won by three-quarters of a length in 1:57.

The Paul Kelley-trained Stamped By Lindy ($4.40) is owned by Terrance Smith and Neil Goldstein. Lindy Farms of Connecticut bred the son of Muscle Hill-Born Lindy.

It was the seventh win of the year for Just Liv Broadway ($19.00), who is owned and bred by Michael E. Eaton and Bob McHugh. Mike Eaton trains the E L Titan-Black Broadway filly.

Live racing resumes at Plainridge Park on Monday afternoon (Sept. 26), and the card will feature the Massachusetts Sire Stakes 2-year-old divisions competing in the first round of their series. Free full past performance race programs for all live race days can be downloaded by visiting the track’s website.