Washington, PA — Stickler Hanover led at every pole and thwarted the late challenge of Whiskey Blu to capture Thursday’s (July 28) feature at Hollywood Casino at The Meadows, a $12,800 conditioned trot.

Stickler Hanover faced no serious threats until mid-stretch, when Whiskey Blu loomed menacingly. The 5-year-old son of Explosive Matter-Secret Credit dug in for Brady Brown and held Whiskey Blu off by a half length in 1:54.1 over a good surface. Kommin On Strong completed the ticket. 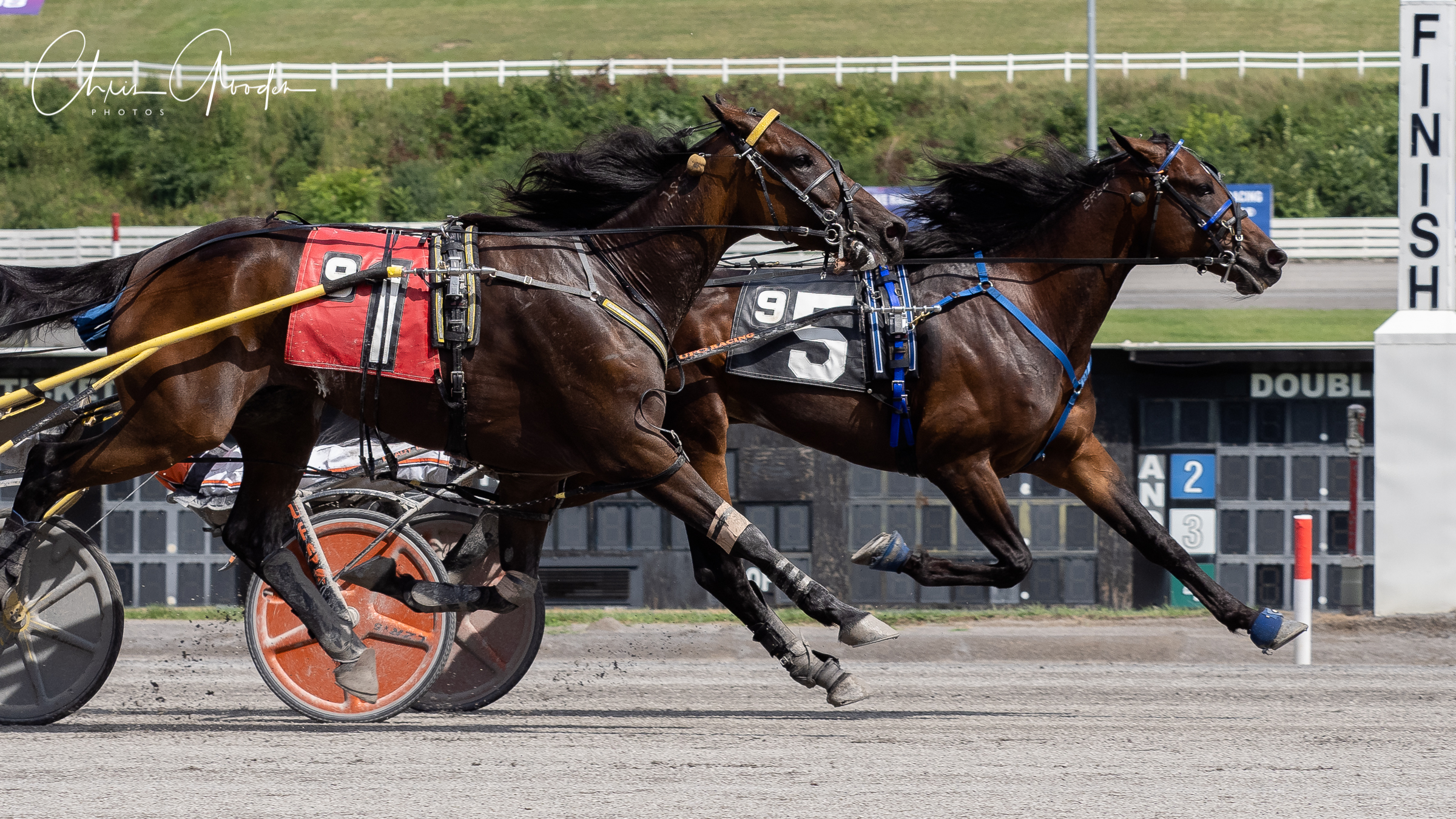 Stickler Hanover outlasted the outside challenge of Whiskey Blu in Thursday’s trotting feature at The Meadows. Chris Gooden photo.

It was one of three wins for Brown on the 11-race card, including a pair for Schoeffel.

Friday’s (July 29) card at The Meadows features a pair of $40,000 Arden Downs Grand Circuit trots for 2-year-olds: one for fillies, the other for colts and geldings. On the wagering front, the 12-race program includes a $5,000 total pool guarantee on the Early Pick-4 (races 1-4), offered in association with the United States Trotting Association Strategic Wagering Initiative. Also featured are a $1,756.07 carryover in the final-race Super Hi-5 and a $1,554.93 carryover in the Jackpot Pick-5 (races 4-8). First post is 5:10 p.m.