Washington, PA — Trailing 1-5 favorite Captain Cowgirl by three lengths at the three-quarters and shoved wide for the drive, it figured that Sweet Kisses was looking at a check at best. Certainly her driver, Yannick Gingras, thought so.

“I was hoping for second at the top of the stretch,” Gingras said.

Yet, Sweet Kisses found another gear and roared past Captain Cowgirl to pull off a 34-1 upset in the $102,355 Quinton Patterson Adioo Volo for 3-year-old filly pacers, the companion feature to Saturday’s (July 30) final of the Delvin Miller Adios Pace for the Orchids at Hollywood Casino at The Meadows. 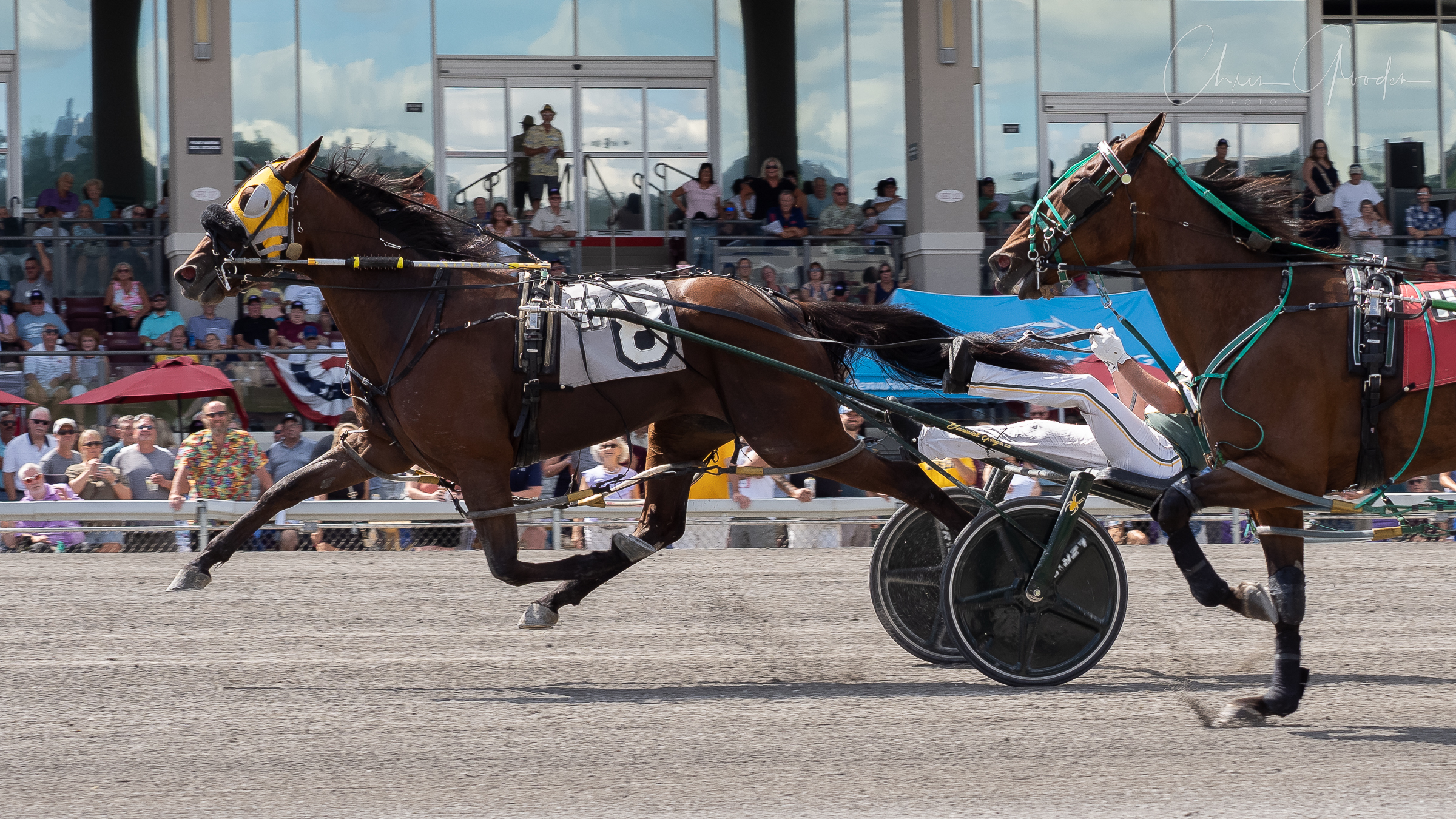 Sweet Kisses accelerated boldly through the final sixteenth to seal a 34-1 upset in the Adioo Volo. Chris Gooden photo.

Pennsylvania’s reigning champion, Captain Cowgirl, won three of four Pennsylvania Sire Stakes preliminary legs this season, typically facing stiffer competition than she encountered in the Adioo Volo. Sweet Kisses is no slouch, with a pair of Pennsylvania Stallion Series wins to her credit this year. Yet Gingras was amazed at her late response.

“When we straightened, I saw Timmy (Tetrick aboard Captain Cowgirl) was chasing his pretty good, so I thought we had a shot,” he said. “She’s been getting better and better. Ronnie (Burke) told me to give her a shot — she’s ready.”

Sweet Kisses defeated Captain Cowgirl by a length in a career best 1:50, with Galleria Hanover third. When Bythemissal captured the Pace for the Orchids, it gave Burke an Adios-Adioo Volo sweep. For his part, Gingras has won eight Adioo Volo contests, placing him in a tie for second with Brian Sears behind Dave Palone’s chart-topping 21.