Milton, ON — Saturday’s (June 11) C$35,000 Roses Are Red eliminations for pacing mares at Woodbine Mohawk Park saw the stake’s reigning champion, Lyons Sentinel, and last year’s horse of the year in the U.S., Test Of Faith, prevail in impressive fashion.
​
​Test Of Faith was making her Canadian debut tonight and clearly demonstrated her dominance to fans north of the border in the first elimination. In that test, O’Brien Award winner So Much More and James MacDonald established control well before the :27.2 opening panel.
​
​Just past that point, Test Of Faith took over for David Miller and was well settled on top by the :56 half. ​The mares remained in single file by the 1:23.2 three-quarters. Down the stretch, several attempted to catch the leader, but none were successful as Test Of Faith was a wrapped up winner in 1:49.4 for Miller, who didn’t move in the bike through the lane. ​Next across the wire and qualifying for the final were So Much More, Amazing Dream N, Awesome Hill and Dabarndawgswatchin. 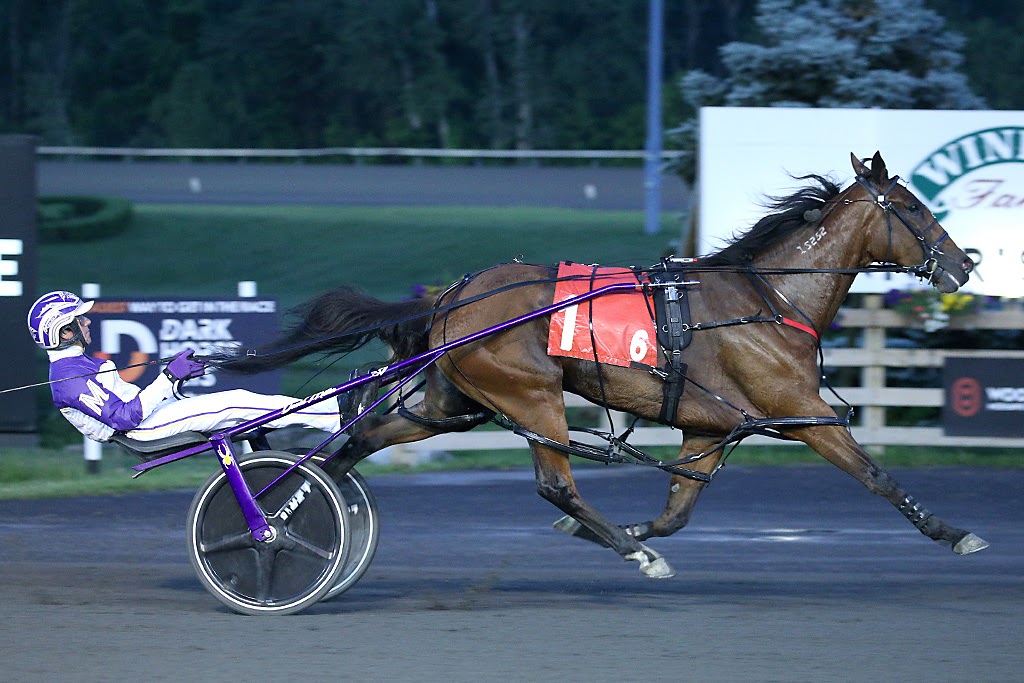 Last year’s champion sophomore filly in the States, Test Of Faith, strutted to victory on Canadian soil in her Roses Are Red elimination.

​​Test Of Faith, who was 14-2-0 in 16 starts during her Horse of the Year campaign, notched her second win in her 4-year-old season. The daughter of Art Major is owned by Melvin Segal, Kentuckiana Racing Stable and Eddie Gran, and is trained by Brett Pelling.
​
​“She’s a champion, she’s just one of those horses a lot of people wait a lifetime to have. We’re blessed that we’ve had some great horses. She’s fabulous, everything about her is just glorious,” praised Pelling.
​
​“We raced her at The Meadowlands three weeks ago, and I didn’t think she was airborne through the wire like she normally is. We found a bit of a problem with her and we feel we fixed it, and that’s why she was off. She’s such a professional, she could come off 30 days, it wouldn’t matter. She is so graceful; I enjoy watching her myself and ​being around her.”
​
​The second split saw Gias Surreal leaving well from post eight to grab early control, but Kobes Gigi took over at the :27.3 opener. She paced on by the half in :55.2 with no one pressuring. But as they headed into the final turn, Gias Surreal popped out and hit the three-quarters in 1:23.1. As they headed through the lane, favorite Lyons Sentinel, who raced in fifth most of the race, flew up on the far outside to hit the wire first in 1:50.1. 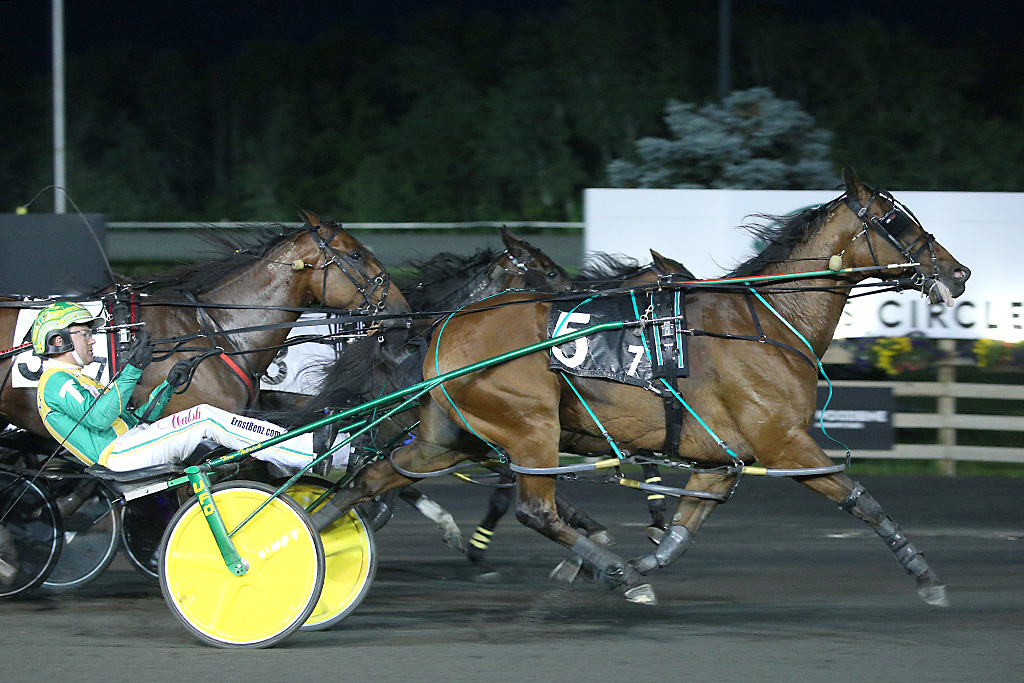 Lyons Sentinel is halfway toward a successful defense of her Roses Are Red crown, having cascaded off cover to win her elimination in 1:50.1. New Image Media photos.

​Also qualifying for next week’s final, in order were Kobes Gigi, Gias Surreal, Fire Start Hanover and Lit De Rose.
​
​A winner now of more than $2.2 million to date in her career, Lyons Sentinel is owned by Threelyonsracing of Brantford, Ont. The 5-year-old daughter of Captaintreacherous is trained by Jim King Jr.
​
​“I thought she was just outstanding,” King said after the race, “when it comes time she goes by them. She’s pretty special; we’re looking forward to a really nice year. She belongs to some people who absolutely love this game and they need something like this.
​
​Lyons Sentinel has a record of success on Canadian soil as she’s the reigning Roses Are Red and Milton champion. “She seems to be really happy when I bring her up here,” laughed King.
​
​The top five finishers from each elimination will return next Saturday night (June 18), North America Cup night, for the C$315,000 final.
​
​They will face the gate as follows:
​
​1. So Much More
​2. Test Of Faith
​3. Lyons Sentinel
​4. Lit De Rose
​5. Dabarndawgswatchin
​6. Fire Start Hanover
​7. Awesome Hill
​8. Kobes Gigi
​9. Gias Surreal
​10. Amazing Dream N
​AE. Karma Seelster