Washington, PA — Unity rolled to her third straight win, a facile front-end score in a career best 1:51.3, in Thursday’s (July 21) feature at Hollywood Casino at The Meadows, a $10,300 distaff conditioned pace.

Unity seated the well-meant Leave Her Wild from the gate — and never let her get closer, defeating her by two lengths for Dave Palone. Factory Girl finished third. 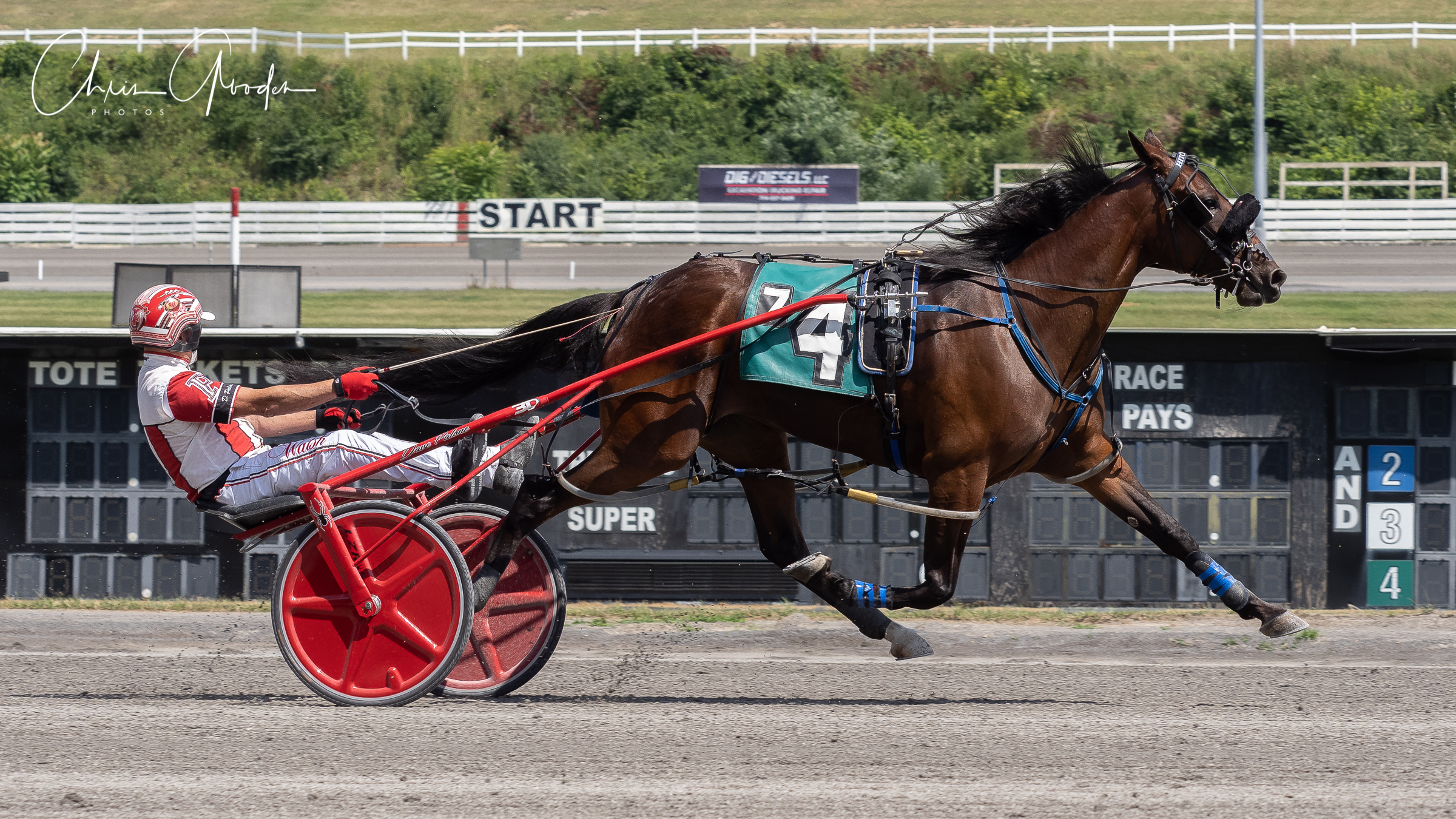 Unity faced nary a challenge in Thursday’s featured distaff pace at The Meadows, rolling to her third win in a row and giving Dave Palone one of four wins on the afternoon. Chris Gooden photo.

Michael Hitchcock trains Unity, a 3-year-old daughter of He’s Watching-Beach Of A Time, for H&H Stable.