Washington, PA — Despite being parked the opening three-eighths, Combs Hanover persevered and captured his second straight victory in Thursday’s (Jan. 5) feature at Hollywood Casino at The Meadows, the $21,200 Open Handicap Trot.

Once Combs Hanover finally crossed over to the point, he was dogged by Locatelli, who had ridden his cover since the gate folded. But the 6-year-old Archangel-Chez Lucie gelding had plenty left in the tank for Ronnie Wrenn Jr. and defeated Locatelli by 2-1/2 lengths in 1:53.4 while the shuffled Enzo DK found late room for third. 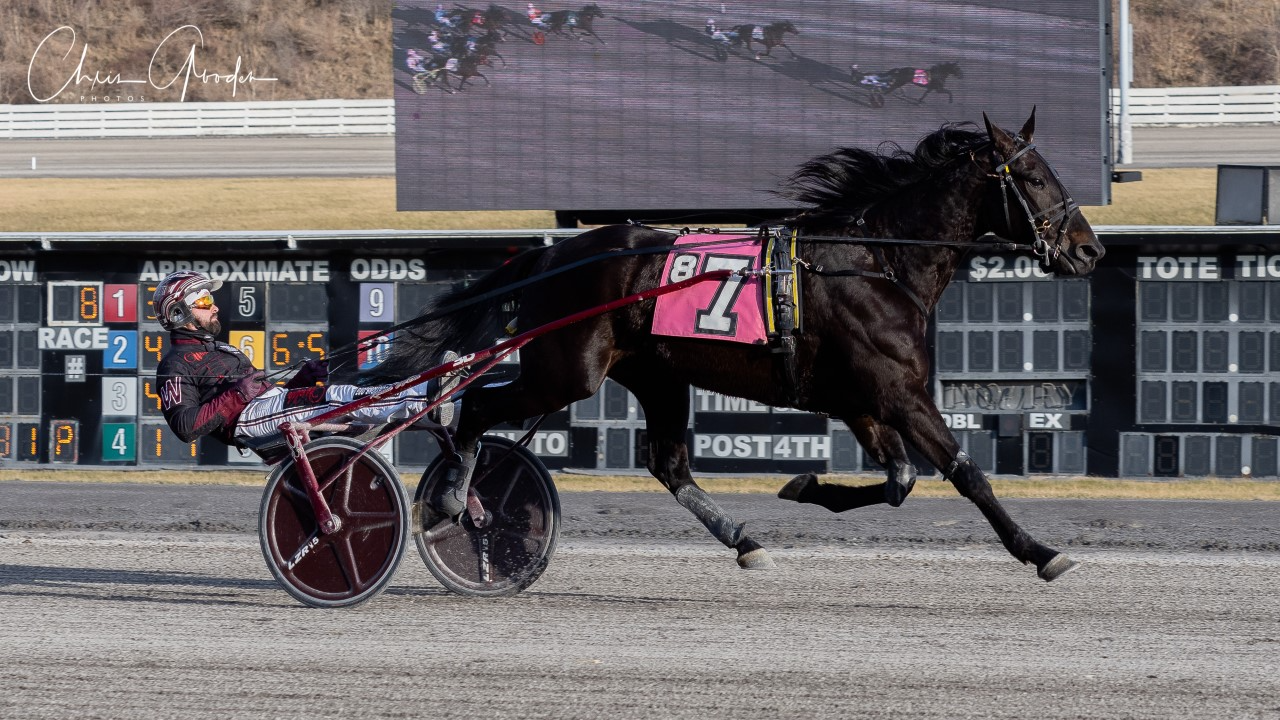 Wrenn collected four wins while Dave Palone and Burke each fashioned a triple on the 13-race card. Jeremy Indof and trainer Dirk Simpson also enjoyed a big Thursday, teaming for a three-bagger.