Northville, MI — Pacing mare Sara Jane and trotter I Get It captured their respective $10,800 Opens on Friday (Nov. 25) at Northville Downs.

Launching off of the starting car from post position seven in the Mares Open Pace, Sara Jane and driver Kody Massey grabbed the early lead and never looked back, seemingly opening up her lead the farther the field traveled. The 5-year-old daughter of McArdle set fractions of :28.1, :58.1 and 1:27, then stopped the timer in 1:56.2 while 7-1/2 lengths clear of the rest of the field for Lases Racing and trainer Paul Cloer Jr. 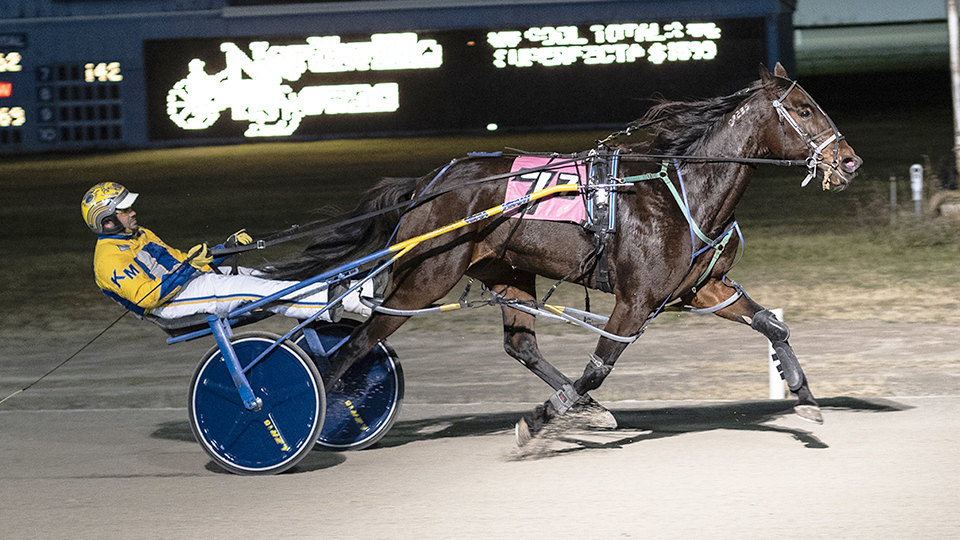 Sara Jane was the leading lady on Friday at Northville Downs, coasting to a 7-1/2-length win in the Mares Open. Renae Parsons photo.

It was Sara Jane’s fifth win on the season, second Open win in a row, and her 11th career win. She now totes lifetime earnings of $138,582.

In the Open Trot, I Get It and owner-trainer-driver Bob Rowland followed suit, launching from the same post position seven to clear to the front. After staving off a backstretch challenge from eventual runner-up Travlin Swan, the 6-year-old son of Dontyouforgetit never looked back, winning by a length in a final clocking of 2:00. The win was I Get It’s 11th of 2022 and the 52nd of his career, and his lifetime earnings are now $219,831.

The night’s driving leaders were Kody Massey with three wins and Justin Irvine with two wins. Trainer Paul Cloer Jr. had a training double along with Gerald Malady. Owner Lases Racing had a double on the night as well.