Fire Start Hanover left hard from post five and protected inside position from Shes Pukka N and Grace Rocks, who pushed two- and three-wide into the first turn to force a :27 first quarter. Grace Rocks continued off cover to stick a nose past Fire Start Hanover past the half in a scorching :54.4, and the two continued to duel to three-quarters in 1:23.2 while Shes Pukka N began to fade.

As the cutthroat pace took its toll on the front flight, the backfield was in motion. Feeling Sweet began the three-wide flow heading to the final turn, with Milieu Hanover and even-money favorite Majorca N following suit and circling four-wide in the lane. Milieu Hanover and driver Allan Davis cleared to the lead late and evaded Majorca N (driven by Corey Callahan) by 1-1/2 lengths in 1:52.3. Fire Start Hanover (Victor Kirby) finished a game third, beaten only a neck for second. 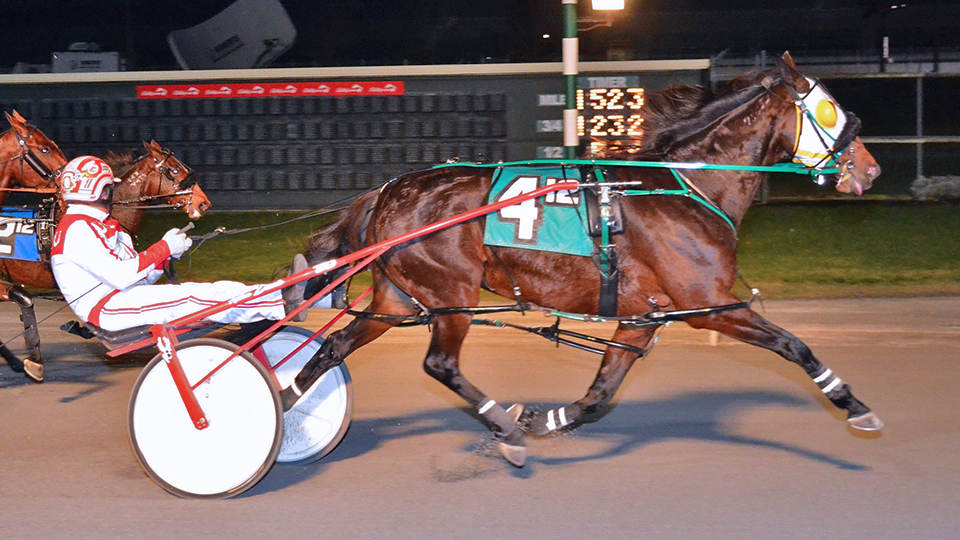 Milieu Hanover circled down the center of the track to spring a 10-1 upset in Wednesday’s Mares Open Pace at Bally’s Dover. Fotowon photo.