Mississippi Storm and driver Victor Kirby floated off the gate and settled into fifth on the first turn while even-money favorite Crystal Fashion led Northern Express through a :27.1 quarter and a :57.1 half. Up the backstretch, Mississippi Storm angled to the outside and inched his way into contention while Star Razor followed second-over to three-quarters in 1:26.1. Turning for home, Crystal Fashion dug in and braced for the relentless charge of Mississippi Storm, but the 7-year-old Cantab Hall gelding wore down the pacesetter in the final sixteenth. 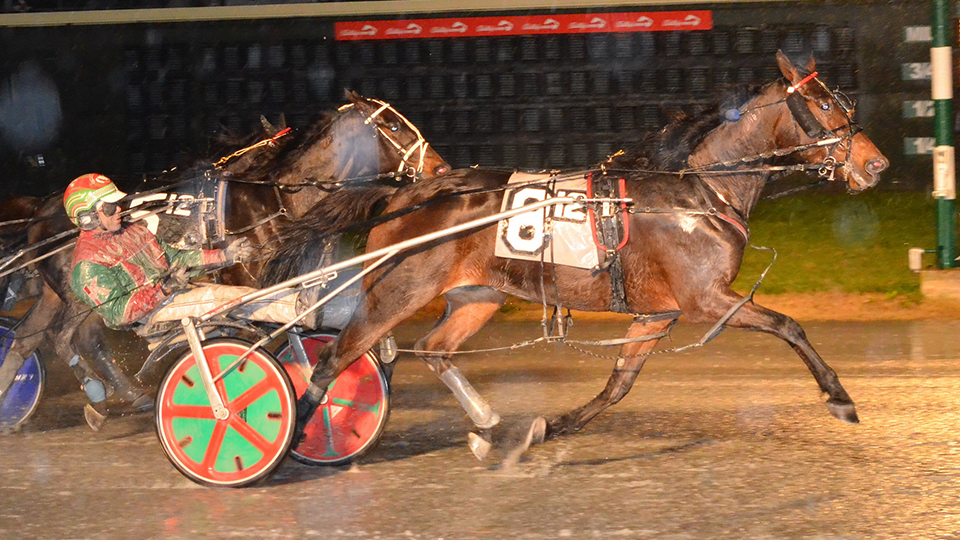 Mississippi Storm won for the third time in four starts at the current Dover meet by way of a game two-move effort in Tuesday’s Open Handicap Trot. Fotowon photo.

Northern Express (driven by Russell Foster) closed along the pylons from the pocket to finish second, a length behind; Secret Jet (Allan Davis) was a ground-saving third. Crystal Fashion faded to finish seventh.

Art Stafford Jr. led all drivers with three wins on the 14-race card.