Batavia, NY — A pair of $14,000 Open I Handicap races were up for grabs on Saturday night (Nov. 26) at Batavia Downs, and Jim Morrill Jr. was more than happy to take the top prize in each after he airmailed both of his mounts to impressive victories.

In the trotting feature, Morrill launched Credit List from post eight and battled on the outside with Jumpinthejailhouse (Kevin Cummings) to the quarter in :28.3 before crossing over to the pylons at the three-eighths pole. Morrill then slowed the tempo to three-quarters, forcing Captain Krupnik (Drew Monti) to come first-over from third and get to within a length of the leader heading into the last turn. Credit List and Captain Krupnik broke away from the field and faced off heading for home. Captain Krupnik closed with every stride but couldn’t get to Credit List, who hung on to win by three-quarters of a length in 1:58.4. 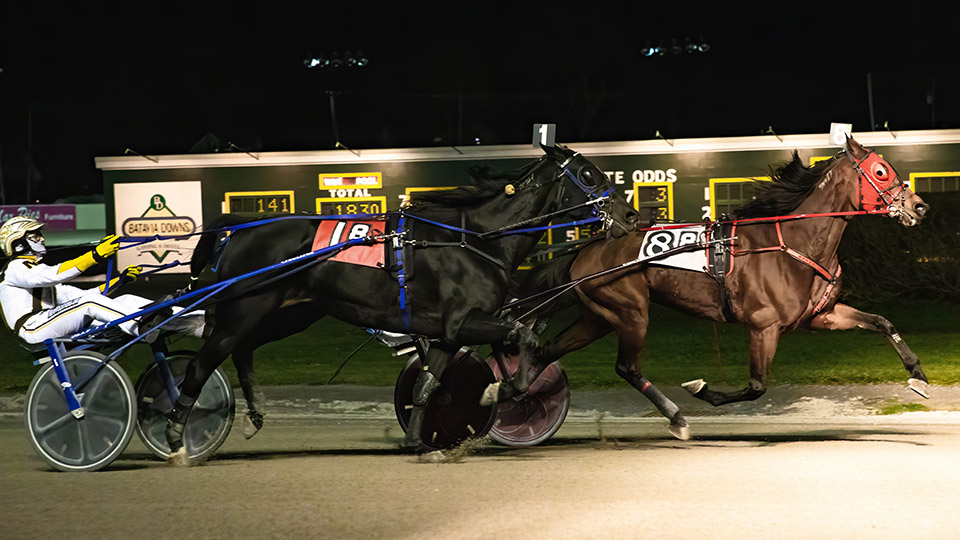 Then, in the next race — the pacing feature — Morrill shooed home Prairie Panther after being parked out every step of the mile. Prairie Panther made his way to second on the outside of Brave World (Denny Bucceri) at the :28 quarter, but Brave World refused to not let Prairie Panther take the front. The two 8-year-old geldings went toe-to-toe to the half in :57 and three-quarters in 1:25.3 before heading into the last turn, still in the heat of battle, but with Stranger Things (Kevin Cummings) now on Prairie Panther’s back and poised to pounce in the lane. 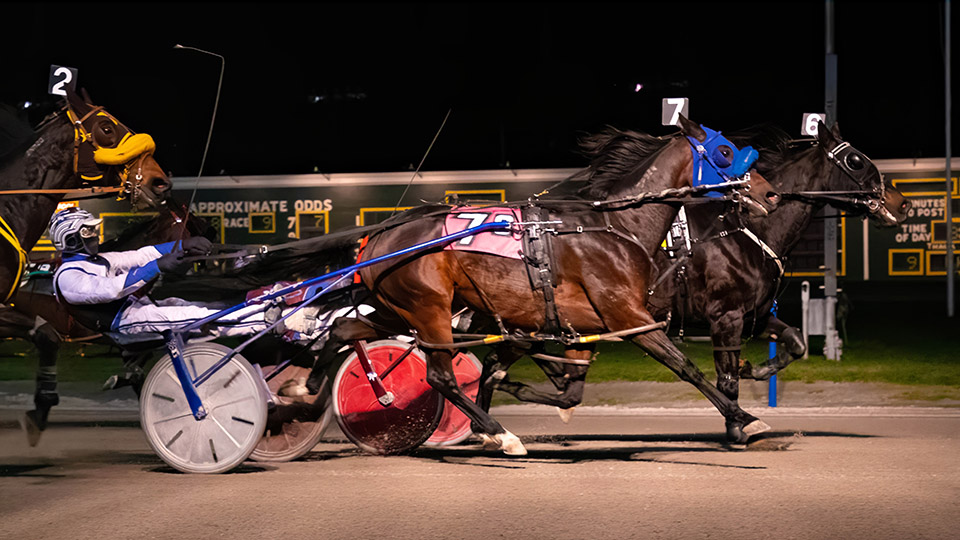 It was the 15th win of the year and 62nd of his career for Prairie Panther ($2.50), who is owned by trainer Michael Deters in partnership with Joel Warner.

Live racing resumes at Batavia Downs on Wednesday (Nov. 30) at 6 p.m. and there is another carryover available. The Jackpot Hi-5, in the 13th race, will start with $5,262 in the pool. Free full past performance race programs for all live race days can be downloaded by visiting the track’s website.