Columbus, OH — Two legs of the Ohio Sires Stakes for freshman trotting fillies are in the books, and Truly Relentless is two-for-two after posting a 1:58.2 win in her $40,000 split on Thursday (July 28) at Eldorado Scioto Downs.

After finishing second in the $150,000 Next Generation, Truly Relentless has rolled off back-to-back wins in the Ohio Sires Stakes. The 1-2 favorite, driven by Chris Lems, grabbed the lead heading to the half after a :28.3 first quarter. The Long Tom filly covered the half in :58.2 and three-quarters in 1:28.3 before holding off a late charge from Global Girl to win by a length in 1:58.2. Rose Run Yanae was third. 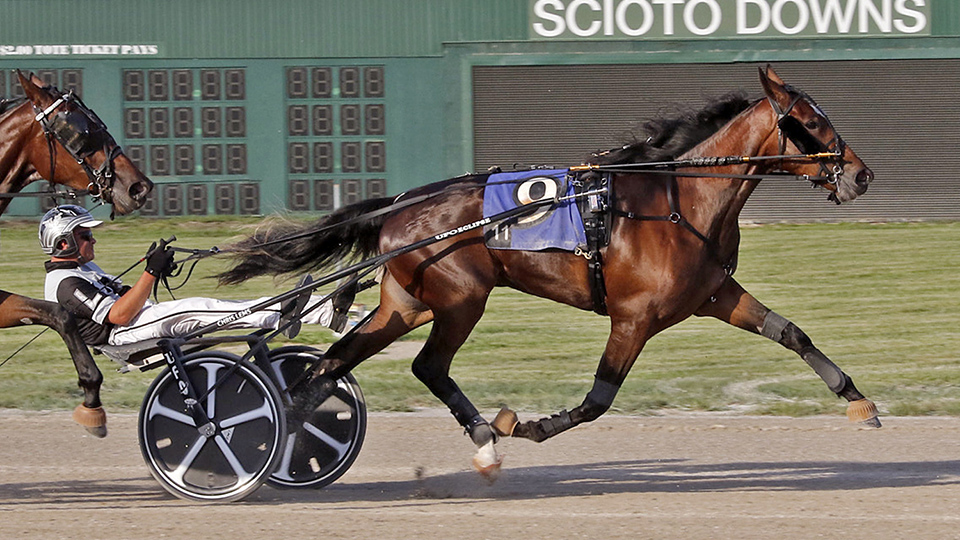 Rose Run Yolanda picked up her maiden victory in the first division. The daughter of Triumphant Caviar was fifth at the three-quarters when Trevor Smith pulled her three-wide around the final turn. Rose Run Yolanda shot down the middle of the lane, covering the final quarter in :29.4, to win by a length in 1:57.3 for trainer Todd Luther and owner Black Magic Racing. Contechsfashion was second with A Long Dream finishing third.

In the final division, Swinging Senorita sat fourth through the first half in :59.4. Anthony MacDonald pulled the 3-5 favorite up the backstretch, grabbed the lead around the final turn, and pulled away to easily win by four lengths in 1:58.1. Victoria Leigh finished second with Along In Time third.

Jason McGinnis trains the What The Hill filly for The Stable Senorita Group and Hutchison Harness. Swinging Senorita has three wins and two second-place finishes in her five starts and has earned $110,750.