Washington, PA — Veteran horseman Dwane Parker, 85, died at home in Washington, Pa., on Thursday (July 28), with his family by his side. Mr. Parker trained and raced horses at The Meadows Racetrack for more than 40 years. 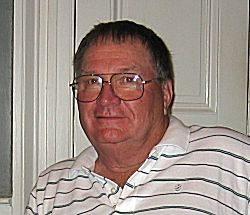 Mr. Parker was born in Lebanon, Ohio, on Dec. 13, 1936, and named Karl Dwane, after his father, Karl. He was raised on a farm in Morrow, Ohio, where his love of animals began. His father died when he was in sixth grade and he learned about working with livestock from his Uncle Bud, who moved in with the family to help his mother, Mildred, with her four children. He vividly remembered getting up at 5:30 every morning to milk the cows and feed the animals before going to school.

Mr. Parker and his younger brother, Rex, were crazy about sports from an early age. Mr. Parker started playing basketball in seventh grade. He once wrote of his life, “So it was like this — get up, milk, school, milk, practice basketball, bed, and all over again.”

During the summer months, he worked the fields on the farm, harvesting hay, corn and beans, and enjoying the camaraderie with neighboring farmers and their families.

He added baseball to his activities and lettered in virtually every sport offered at Morrow High School, most notably basketball, baseball, and track and field. He earned an athletic scholarship to Kent State University, but instead of finishing college he decided to play baseball and signed with the Cincinnati Reds and entered its farm system as a catcher. When he got to spring training, the competition was steep, and he moved on.

Mr. Parker began working in the men’s department of a new McAlpin’s department store in suburban Cincinnati, where he met his future wife, Bobbie Rayburn. They married on July 26, 1958, and Dwane decided to change careers, establishing an insurance agency in his hometown of Morrow.

Then horses and harness racing came into the picture. One of Mr. Parker’s neighbors who helped teach him to farm had an interest in harness racing and they ended up at the Warren County Fairgrounds in Lebanon, where Mr. Parker had showed cattle with his brother Rex. Mr. Parker finally bought a harness horse for $425 and gave the mare to the late Omar Hiteman to train. It turned out Hiteman also trained Mr. Parker in horsemanship skills for harness racing.

Mr. Parker started training horses full time and eventually moved his family to Washington, Pa., where the longer racing schedule at The Meadows — and the support of a local owner — brought better horses. Early in his days at The Meadows, Mr. Parker’s most consistent horse was undoubtedly the pacing mare Sparda; his classiest was the pacer Nairobi. In later years, his stable got better and bigger and as he once wrote, “the whole family was crazy about horses.”

Together with his son, Norm, among the stakes winners he selected as yearlings and trained were James Lynch Memorial winner Artbitration p,4,1:52s ($727,129); North America Cup consolation winner With Anticipation, a winner of seven of 26 starts at ages two and three for the Parker Stable; and 31-race winner Giant Winner Vita, who was owned by his brother, Rex, and regularly driven by his son-in-law, Rodney Bolon.

Perhaps because of losing his father at a young age, Mr. Parker was a leader and encouraged his three children, as well as his two grandchildren, to participate in activities and show leadership in school and in life.

Mr. Parker served as president of several organizations, including the Meadows Standardbred Owners Association. In 1993, Harness Tracks of America honored Mr. Parker with its Art Rooney Award for “Sportsmanship and Dedication to Harness Racing,” and Harness Horsemen’s International also recognized him for his work on behalf of integrity in harness racing.

After retiring from training horses, Mr. Parker continued to make visits to the backstretch at The Meadows and on Adios Day welcomed family, friends, horse owners, veterinarians, racetrack security, and others at an annual picnic on the track’s backstretch hillside, a tradition he and Bobbie established in 1985, and which his son, Norm, continues.

In addition to remaining a fervent fan of harness racing, he was never far from a television or radio broadcast of the many other sports he followed, especially his beloved Cincinnati Reds, and Pittsburgh sports teams.

The family would like to thank Concordia Hospice for their compassionate care.

Friends will be received Monday (Aug. 1), from 3-6 p.m., the time of service, in the Hummell and Jones Funeral Home, 420 Locust Ave., Washington, with Pastor Joe DiDonato officiating. Internment will be private.

Online condolences may be expressed at www.hummellandjones.com.